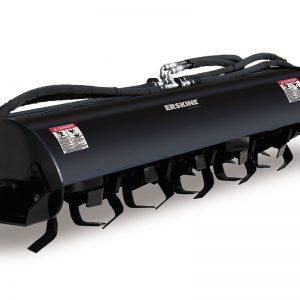 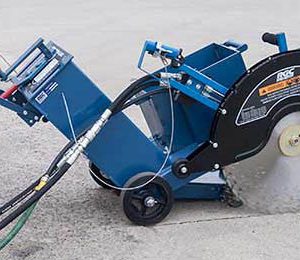 The FS20 Flush Cut Saw is a handheld concrete cutter for taking down curbs, sidewalks, and more.

With the FS20 Flush Cut Saw it is possible to cut flush with a perpendicular surface making it ideal for wall corner cuts. Use it with the Upright Handle attachment for easy wall cutting at floor level. This set up is also the right choice for curb cutting. Safely cuts a variety of materials in confined spaces, damp environments and underwater without risk of fumes or shock. Operate the FS20 Flush Cut Saw from an RGC HydraPak or another compatible auxiliary power source with the addition of a Flow Divider. 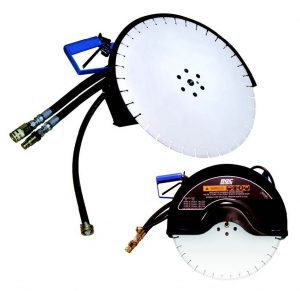 The FS20 Upright Handle Kit is an attachment that allows the FS20 to cut walls, curbs and other vertical structures at
ground level. The Upright Handle is constructed of rugged steel tubing and quickly attaches to the FS20 with simple hardware. Its adjustable ball transfers permit easy directional change while cutting. 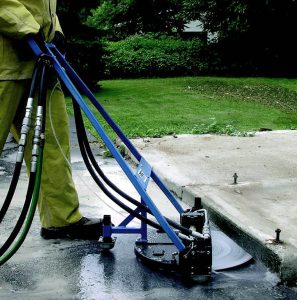